Our work questions the way we live, dream and transform our daily life environnement (cities or landscapes). The audience is always involved in our proposition : they actively take part as a group, they become actors of there own experience. 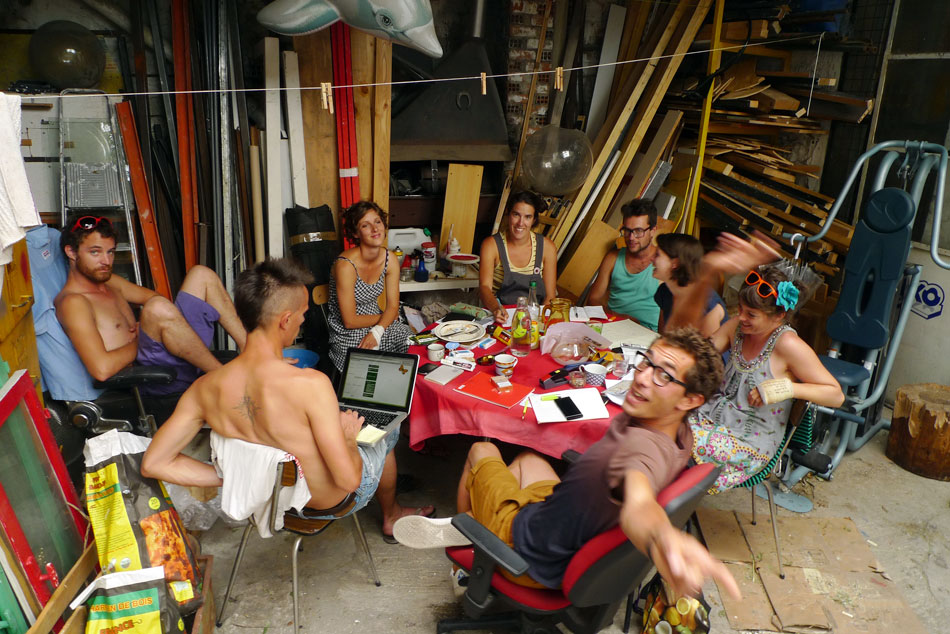 An interactive 24 hours exploration of the flood risk in the city of Tours with 110 participants in October 6-7, 2012 with the pOlau – Pole of Urban Arts

What would happen if the Loire overflowed?  What would happen if the levees broke and several meters of water flooded the city of Tours? Coinciding with the renewal of the city’s Flood Risk Prevention Plan, La Folie Kilomètre presented Jour Inondable, a 24-hour interactive journey that sought to explore the scenario of a major flood in Tours. The experience involved both real and imagined situations: conferences with flood experts, an emergency radio show, a simulated city evacuation and a museum of salvaged objects. The interactive experience was organised with the co-operation of 60 partners including civil authorities, scientists, bus drivers, ice skaters, radio announcers and the French Red Cross.

See all the pictures of the performance Jour Inondable. 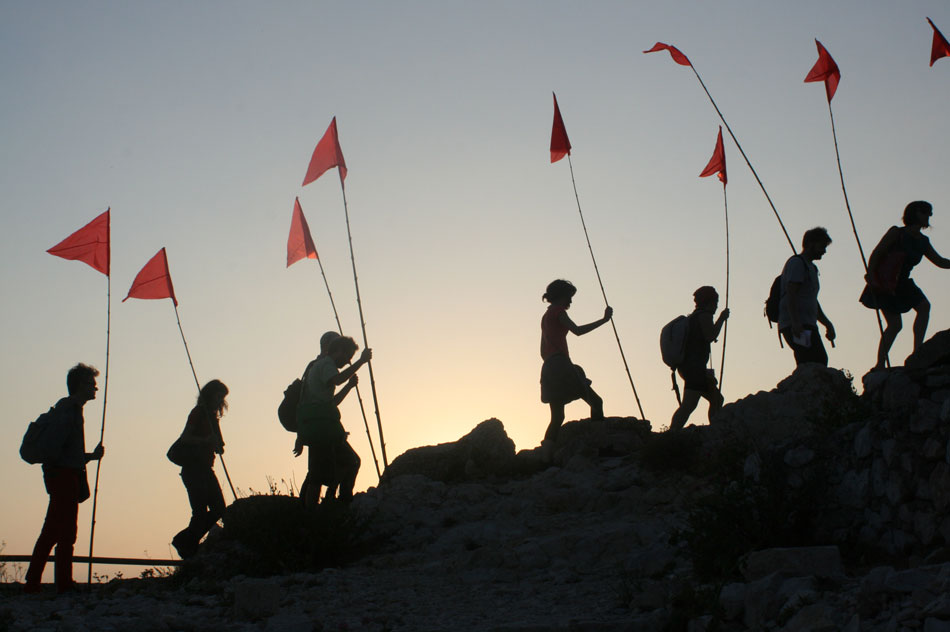 Walking is not just a mode of transit – it can also be a form of leisure and a mode of escape. A walk is something immaterial, a lived moment. The Pictorial Promenade renews our understanding of our everyday surroundings and our movements within them. Participants are given maps at the start of the event. These maps allow the participants to orient themselves. They also offer a sensitive vision of the landscape. Plastic installations such as giant words are placed at key points. Tableux vivants complete the picture, revealing the hidden magic of the place.  Wielding long walking sticks which make them visible from a distance, the walkers become part of the ‘landscape’ of the installation themselves.
The Pictorial Promenade is something to be witnessed and experienced.

Mixing an artistic and a geographical approach, the Line 70 project has several educational aims : to encourage participants to become better ‘readers’ of urban spaces, to foster an inter-disciplinary approach to the interpretation of the city, and to instigate a dialogue with place. Throughout the course of several workshops, pupils work in groups, experimenting with various methods, rules and games.
The project aims to concretise an understanding of the city as an object worthy of subjective and objective study.

The Canopy is a performance which takes place on several roofs of a house block. From this vantage point the captive audience bears witness to a virtual comic strip, with a series of characters and situations projected on the immediate surroundings. The characters which appear adopt every day life gestures (walking, napping, sitting, hanging out washing) which evolve before the viewers’ eyes.
Soon giant sweepers emerge, their brooms provoking the dissolution of the projected scenes. A bathtub becomes a bowl of soup, a family meal explodes in a shower of crockey, a pair of sleepers find themselves on a roof.
The Canopy is a life-sized, real-time cartoon. 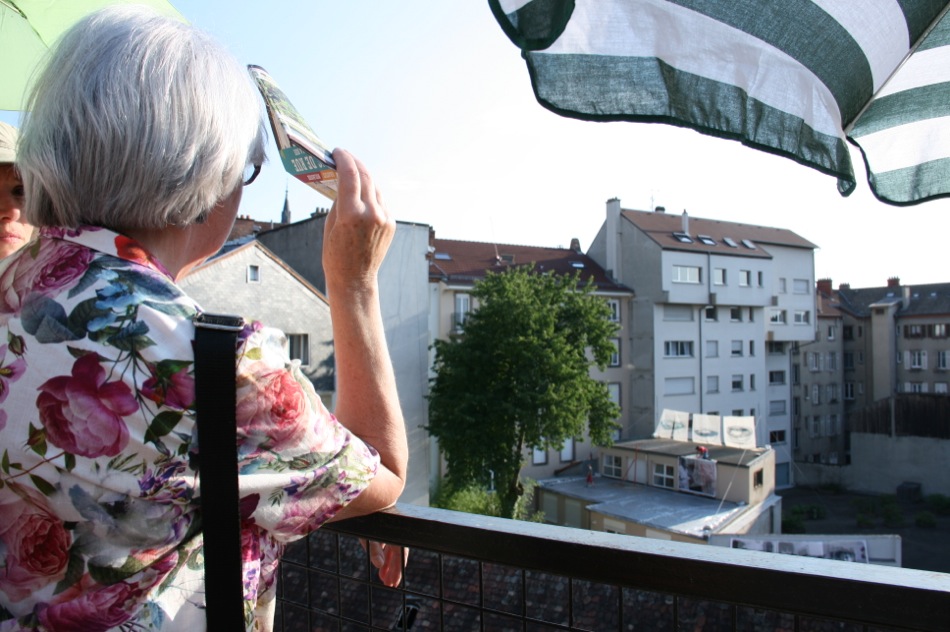